The Elliott Wave, developed by Ralph Nelson Elliott (USA), states that markets have a cycle. It is an analysis method heavily influenced by the Dow Theory. The Elliott Wave states that there are 8 waves in a trend, 5 upwards and 3 downwards, regardless of how long the trend is. In MetaTrader5 (MT5), the upward trend is shown as the "motive wave" and the downward wave is referred to as the "corrective wave". Here, we'll take a look at how to display and adjust the Elliott motive wave.(*1)

(*1)Elliott Wave is not available on MetaTrader4 (MT4).

Click "Insert" in the menu. Hover the pointer over "Objects" > "Elliott" and select "Elliott Motive Wave". 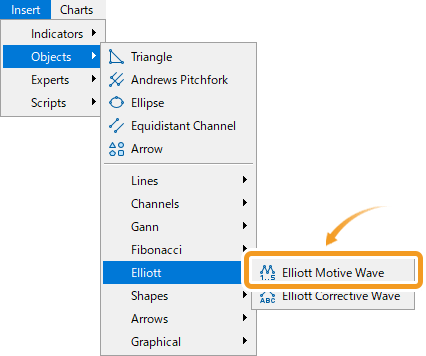 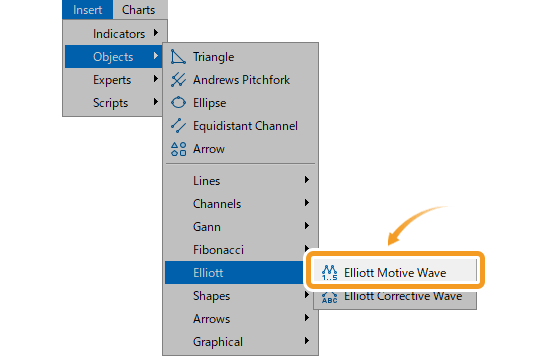 Rules for the Elliott Wave 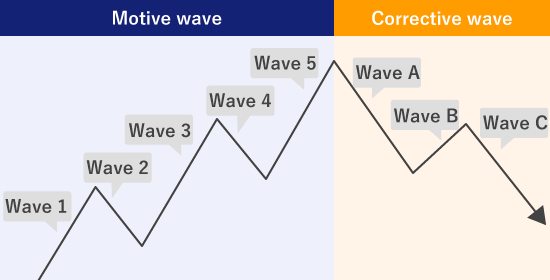 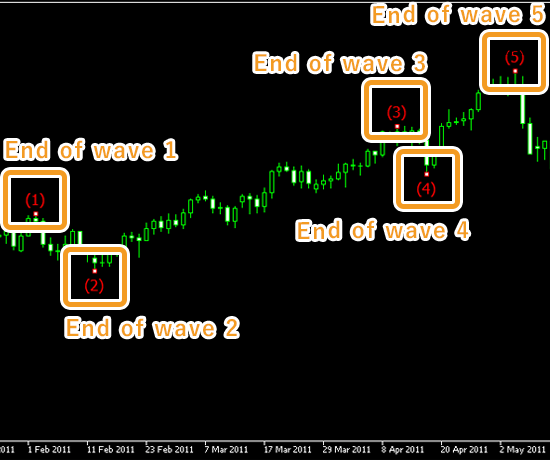 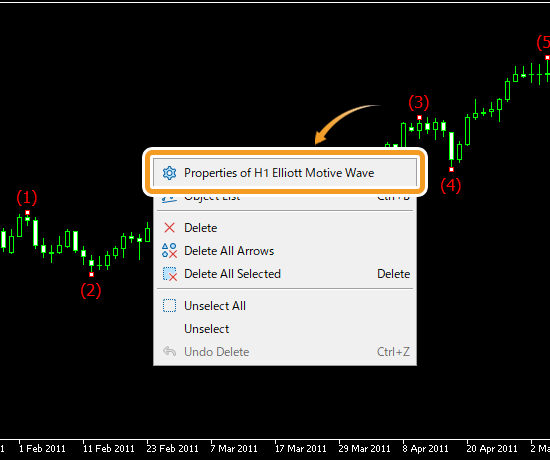 On the "Properties" window, edit the parameters in the "Common", "Parameters", and "Visualization" tabs and click "OK". 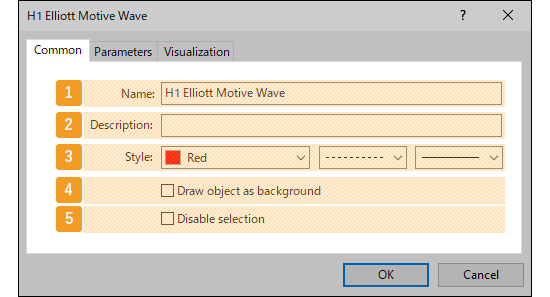 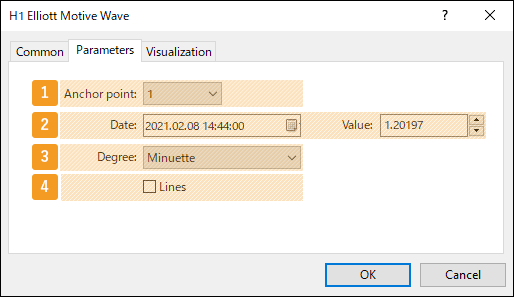 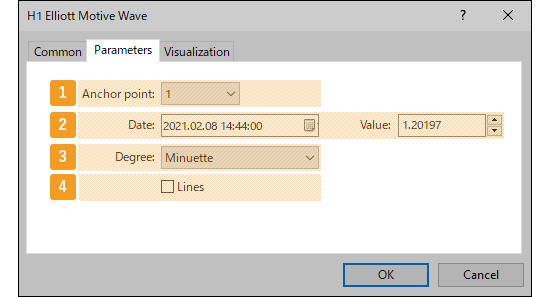 If the lines are displayed 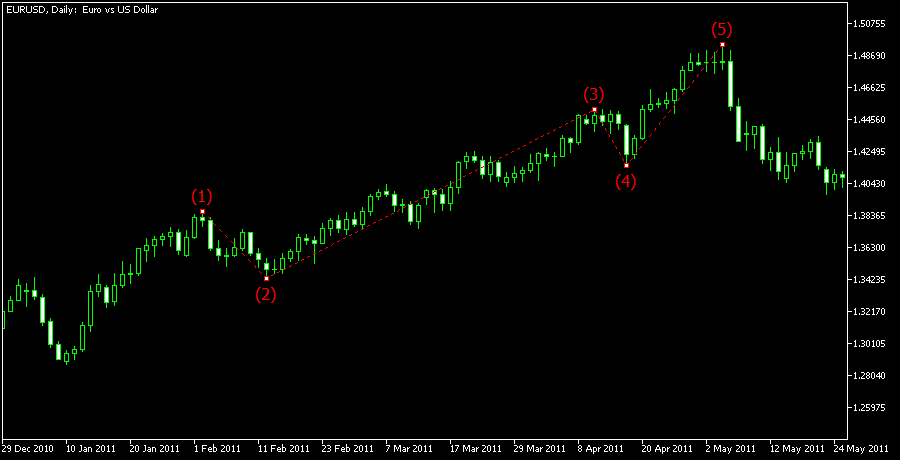 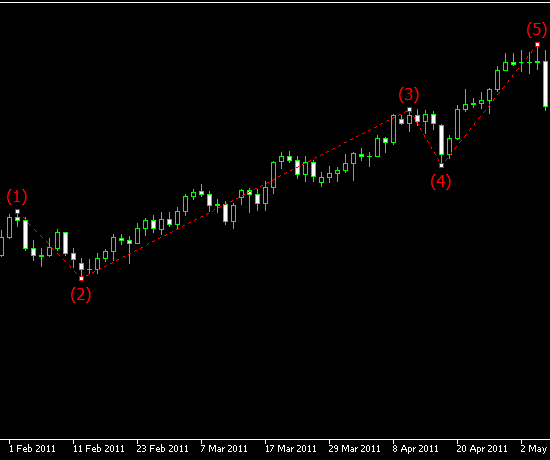 On the "Visualization" tab, you can specify the timeframes to use the Elliott Wave with. 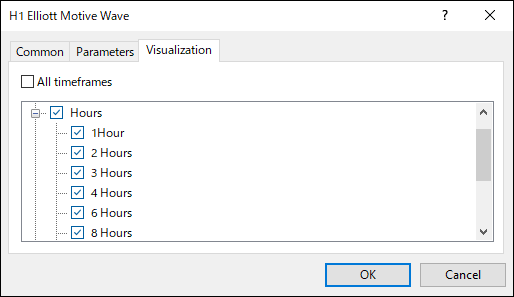 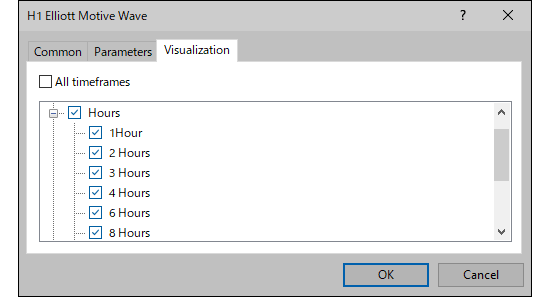 Elliott states in one of his books that "The wave principle, inspired by the Dow Theory, is an indispensable tool for market analysis". In other words, the Elliott Wave is a more sophisticated version of the Dow Theory. Interestingly enough, they both use "waves" as an analogy to describe the market. Elliott often used phrases such as "low tide" and "flow" to explain market behavior, hence the name, "Wave Theory".

Nakamaru is a manual production consultant at FINTECS, a company that specializes in creating manuals for their clients. With a wide range of experience from fintech to entertainment, he presents what user-friendly manuals should be like. He works with numerous large corporations as an external manual production project manager.

After graduating from Computer Science at the Uninove, Brazil, in 2014, he has worked on various systems development projects.He participated as a developer in the launch of forex services in 2019. Since then, he has also been involved in the development of MetaTrader plugins and APIs. He is certified by MetaQuotes as a MetaTrader5 Administrator and active in consulting and advisory as well.

Was this article helpful?
No

Thank you for your feedback.
Send

Thank you for your feedback.