The slippage recording tool is an indicator that automatically records slippage of opening and closing orders. You can check the details of the recorded slippage in Excel file. Moreover, the chart screen shows the average slippage for a specified period, so you can check this when opening an order to see how much slippage will occur. Display average slippage on the screen 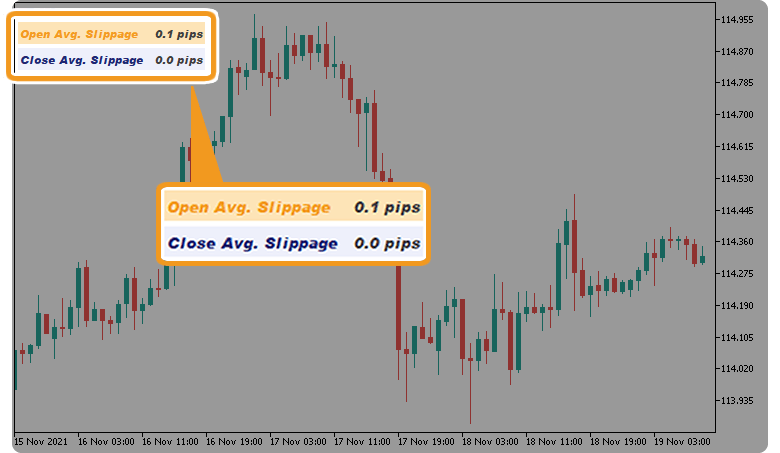 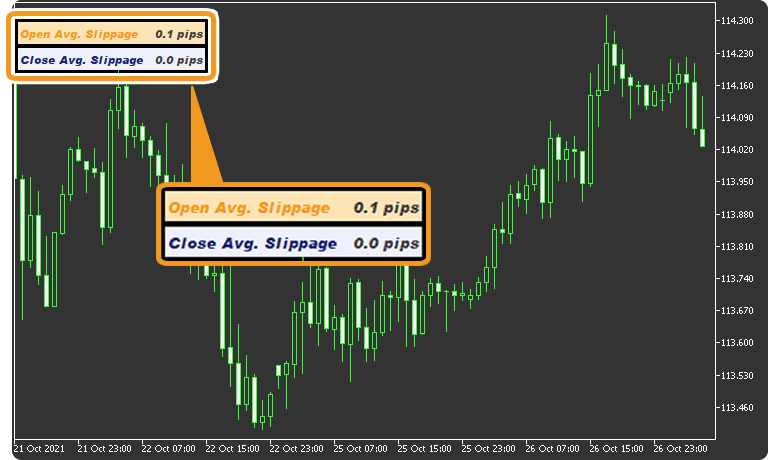 Since it records during the period of running, the longer running period will allow you to check more accurate slippage based on added data. Therefore, it is recommended that you always set it on a chart to calculate a long-term average. In addition to that, if you set the "Number of days" parameter longer than the number of running days, the period without past data will not be included.

You can set the period for displaying the average in the parameter screen of the indicator.

Some suffixes may cause errors.

Some forex brokers have symbols or alphabetic characters ( "." or "m"), called suffixes at the end of their instrument names. Some suffixes may cause the slippage recording tool to work improperly.

Since MetaTrader4/MetaTrader5 doesn't adopt the mechanism to record slippage as their standard specification, this indicator records price movements (ticks) in milliseconds to calculate slippage by calculating the difference between the last recorded tick and the execution rate.

That can cause a difference as the last recorded tick may not exactly match the rate at the time of order. For instance, if you're in a sell position and the last recorded tick on the indicator was 105.000JPY and the execution rate was 105.003JPY, the slippage is "0.3 pips (0.003JPY)". But if you were in a buy position, you'd lose money. In that case, the indicator will be displayed as "-0.3pips".

The slippage recording tool allows you to record slippage by specifying a symbol, which is useful for measuring the slippage of a particular symbol to understand its trend.

For example, if you apply it to a USD/JPY chart and turn on the "Chart symbol only" parameter, an Excel file that records only USD/JPY orders will be generated, and the average slippage of an individual symbol will be displayed on the chart.

What is magic number?

The slippage details that have been measured by the slippage recording tool are exported to an Excel file.

An Excel file allows you to check the information of past opening and closing orders in 7 items. The details are as follows. Each Excel file is stored in the "SMT" folder created in the "Files" folder of MetaTrader4/MetaTrader5 with the filename according to the parameter setting. The filename details are as follows.

Excel file with records is movable

The pips in the slippage recording tool support the last two digits of the price, including the decimal point. You can refer to the table below as the pips unit differs depending on the number of digits of the symbol.

How to install
How to set up

To use the slippage recording tool, install the "【Myforex】Slippage Recording Tool" file on MetaTrader4/MetaTrader5.

Click "File" from the menu bar at the top of MetaTrader4/MetaTrader5 and choose "Open Data Folder". After opening the data folder, double-click the folder "MQL5 (MQL4 for MetaTrader4)" in it to open it. Double-click to open "Indicators" folder in the MQL5 file. Save the "【Myforex】Slippage Recording Tool" in the "Indicators" folder. 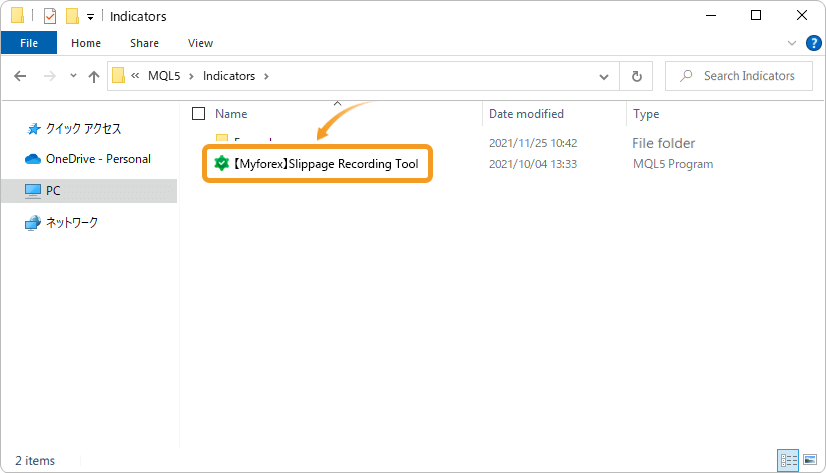 Once the file is in the folder, right-click "Indicators" in the Navigator and choose "Refresh" from the displayed menu. After checking that the slippage recording tool is shown in the "Indicators" of the Navigator, apply it to a chart by double-clicking or dragging and dropping.

Refer to the "How to set up" page to make further settings in the "Inputs" tab, then click "OK". 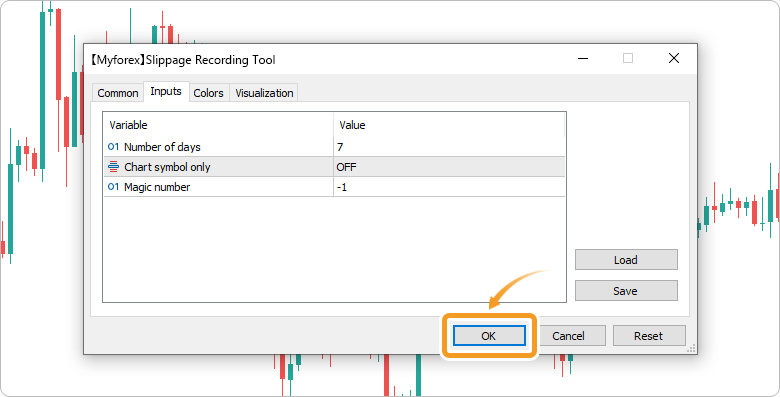 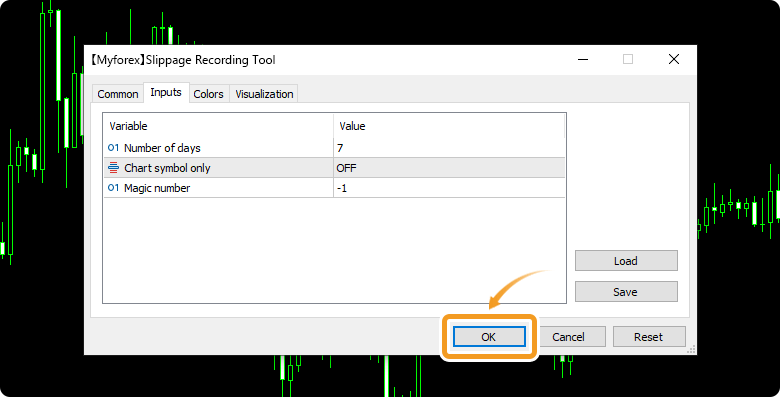 The slippage recording tool is applied to the chart and the Open Avg. Slippage and the Close Avg. Slippage are displayed at the top left corner of the screen. 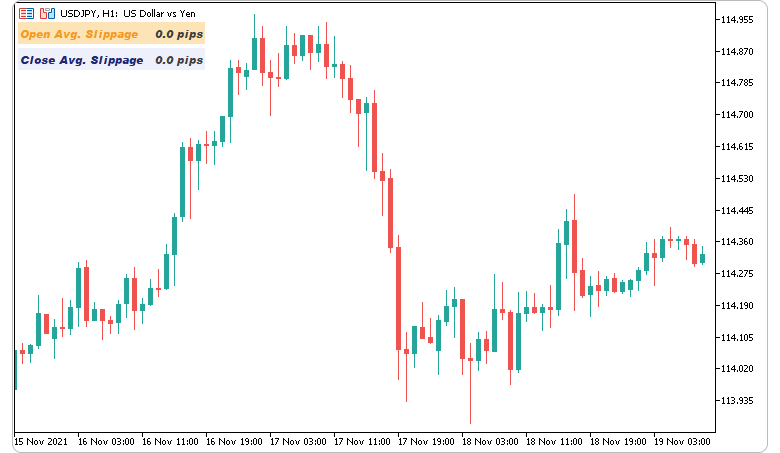 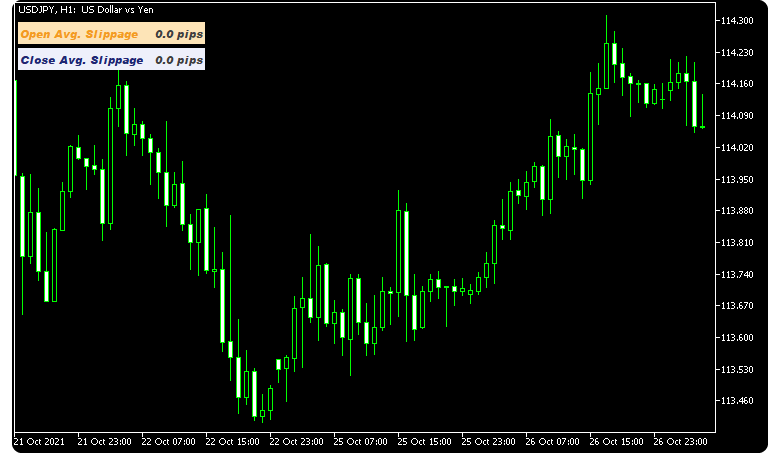 Overview
How to set up

How to set up

After applying the indicator to the chart, set the parameters according to your style.

Set the parameters as follows. 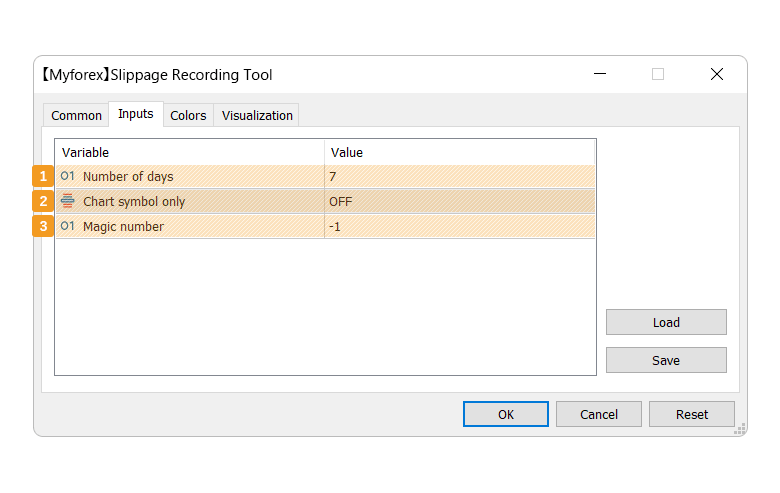 How to see the file

You can check the order details and slippage for each trade in Excel file.

Click "File" from the menu bar at the top of MetaTrader4/MetaTrader5 and choose "Open Data Folder". 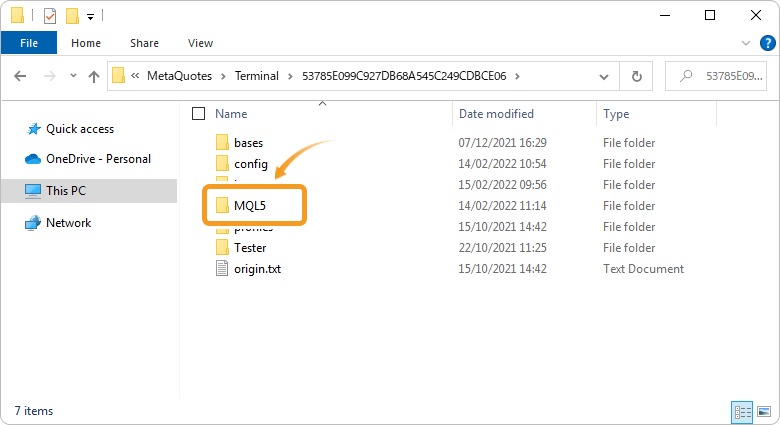 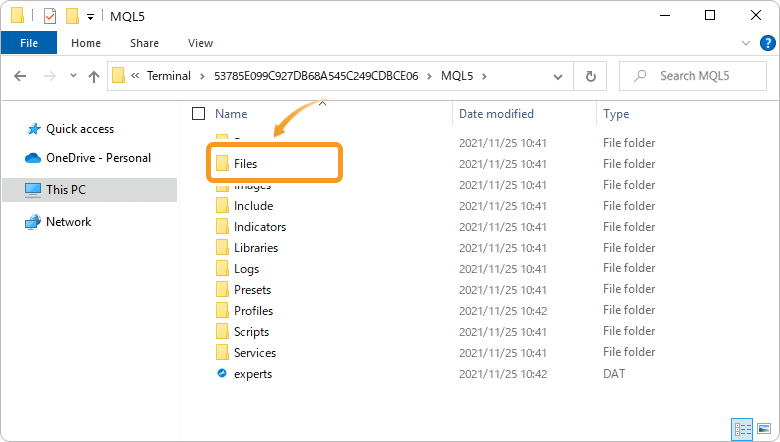 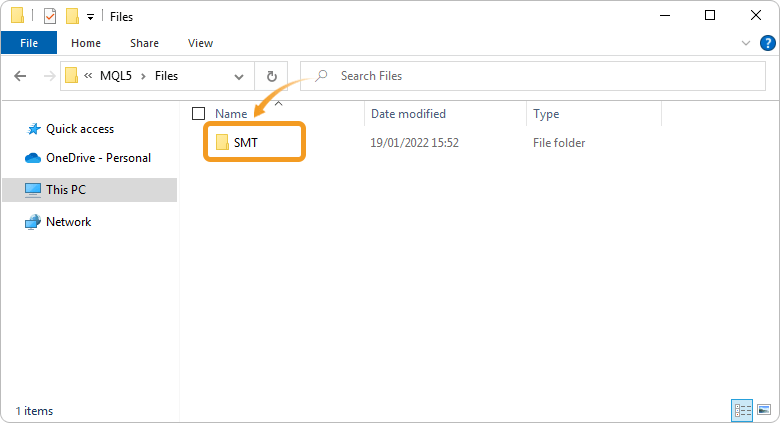 Excel files with recorded slippage for each setting are stored in the "SMT" folder. 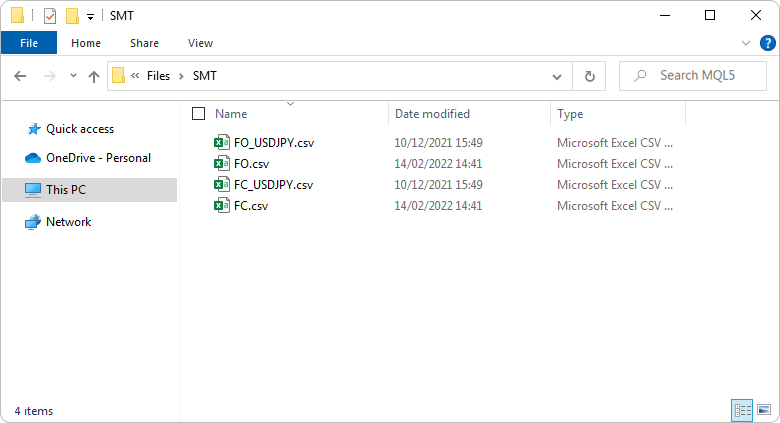 Be careful about deleting an Excel file

The average spread of the slippage recording tool is calculated from the values in the outputed Excel file. Therefore, if you delete an Excel file in the "SMT" folder, the average will not be calculated. Also, you have to be careful when deleting or moving the Excel file because the data will be inaccurate if the file contents are changed.

Overview
How to install